How to Lease a Copier

In some business situations, copier leasing makes a lot more economic sense than buying the equipment outright. In fact, most businesses lease a copier rather than purchase one for an array of reasons.

Why lease a copier? 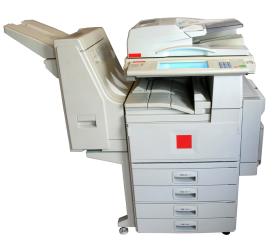 To lease a copier, you will pay a fee for each month instead of one lump purchase price, but you can customize your agreement with options such as the "$1 buyout" clause. At the end of your lease agreement, you have the option to purchase the photocopier for just $1; in other cases, you only have to pay a "fair market price" to keep the copier. This is a good option if you like the equipment and want to keep it. At tax time, you also can deduct the monthly lease payments as business expenses.

Michael Winerip of The New York Times wrote a cautionary tale about photocopier leasing, focusing on the problems of one Manhattan school administrator. Filling in for her boss, who was on academic leave, the administrator was pressured by one copier salesman into signing expensive copier leases that the school didn't need. When all was said and done, the school district paid a hefty price for equipment, some of which was not even plugged in for several months.

Questions you should ask

If you've decided to compare copier lease rates, there are a few things you should ask each dealer that you receive price quotes from. Winerip's account brings to mind some questions that you should ask when looking at lease agreements:

Fill out the form below to get customized price quotes from up to 5 qualified dealers.